For those who do not know Samuel Hahnemann (1755-1843), a German doctor, born in Meissen april, 10, 1755, was the founder of a complex therapeutic system that uses and applies attenuated and infinitesimal substances in therapy. Based on experiences and inductions, its therapeutic proposal was less based on the name of the pathology or its etiological agents and much more on the individual and idiosyncratic symptoms of each patient. It is a great mistake to think that its therapeutic system does not have much to teach contemporary medicine, especially in light of the latest developments in this pandemic.

The doctor from Kos, Hippocrates (460 BC – 377 BC), the father of technical medicine and the inventor of clinical history enunciated three main principles: diseases could be taken care of from the opposites, from the like and also from what suits each one more. . But this plurality of therapeutic possibilities has, since Galen, been obscured by the predominance of only one of these principles announced by the Greek physician. Hahnemann then rescued the hypocratic idea to re-open the experimental use of the similar principle.

I mention just a few of his other contributions: he supported the idea of ​​the British physician Edward Jenner (1729 – 1823) – inventor of the vaccine – that medicine would benefit from the intelligent use of infectious agents once attenuated. Almost 50 years before Claude Bernard (1813–1878) the father of experimental medicine – he proposed in the 18th century an empirical basis for medical therapy. Not wild empiricism, but methodical and systematized experiments according to clear research rules in human beings to understand how drugs work by provoking feelings, sensations and symptoms.

Since the pathologies started to be classified in nosological trees – the way Carl Linneo (1707-1778) proposed to elaborate the taxonomy of the plant kingdom – the symptoms became “parasites” of the disease, that is to say, they had value only for to establish a classificatory pattern and an increasingly less important value for therapy since the interest was in establishing the diagnosis of the name of the disease. The German doctor then valued individual symptoms as the most reliable guidelines for prescribing – because that was what emerged from his experimental proposals – and pointed to the medicine of his time as a major epistemological error: underestimating the symptom as a guide for establishing therapy rational. From then on it was very much fought and, at the same time, obtained recognition from a good part of the western world for the practical results that it obtained.

To explain epidemics and the practical epidemiological use of medicinal substances he echoed Thomas Sydenhan’s (1624 – 1689) concept of “epidemic genius”, that is, each epidemic had a peculiar characteristic that could indicate the medication corresponding to the necessary, preventive intervention, palliative or curative. A century before Sigmund Freud advised physicians to pay attention to each person’s mental state and subjectivity.

Certainly, medicine had a surprising evolution in the last half of the twentieth century that prepared the current revolution of biomedicine in aspects such as hospital support, genetics, molecular medicine, biological therapies, transplants, prostheses, totipotent stem cells and now the promising immunotherapy. But none of this invalidates what this agent of medicine brought to the world of therapeutic knowledge.

Despite being socially validated, homeopathy continues to be viewed with suspicion and under gray status for much of the mainframe of technoscience. It forms the basis of treatment for millions of people worldwide and yet it has been unfairly disqualified. The accusations range from pseudoscience to quackery, even though its portfolio contains favorable meta-analyses and a broad research program. It is evident that research is still due when it comes to a consensual explanation for, for example, explaining and demonstrating experimentally how an ultra-diluted drug in solute-solvent mixtures can present the claimed biological plausibility and effectiveness.

The system that Hahnemann gave rise to, today better known by the name of homeopathy, is frequently attacked. Aside from self-evident pecuniary interests in eliminating any competition from large pharmaceutical companies and industries, there are many people who criticize without knowing or bothering to try the method. But here, too, there is another binary bias, much more subtle and rarely denounced. On the one hand, partisan militancy adept at scientific skepticism and, on the other, a fanatical idolatry that has a nostalgia for counterculture through “unconventional” or anti establishment methods. Some degree of skepticism is not a defect, it is even a basic quality for the scientific researcher as long as he investigates any matter without prejudice.

Unfortunately, this is not the case when it comes to assessing integrative medicines impartially. When ideology and unscientific ferocity arise, rationality disappears and it is humanity that loses the most.

The pandemic has raised huge insecurity in social networks and public opinion in the face of non-uniformity in the interpretation of data that has emerged as the number of infected people has increased. Despite the relative success of the proposed epidemiological barriers such as social distance to reduce the speed of contagion, the problem continues to face what to do with the percentage of the most vulnerable patients who need more support and assistance. And then, how to deal with the huge impacts on the economy of the affected countries.

Vaccines, hydrochloroquinine sulphate with or without associated azithromycin, plasma transfer, and, more recently, antiparasitic drugs such as ivermectin have entered the list of controversies about the true therapeutic efficacy of each one. How long do we need to use them safely? Should drugs be used that have not been widely tested in cases that develop poorly? What about using them early? In many epidemics, integrative medicines have been called upon to join forces to mitigate the health crisis, it was like that in the scarlet fever epidemic in Europe (1790), it was like that in the cholera pandemic (1820), in the Spanish flu (1920). Since January of this year, the Ministry of Health of India has suggested the homeopathic medicine Arsenicum album and massively distributes it to the population as a supporting measure for the prevention of the disease caused by covid 19 that emerged in Whuhan. You will have to wait and see if the flattening of the contagion curve there will behave differently. Wouldn’t it be ethical and interesting for health authorities to hear what other forms of medical intervention have to say?

It is important to clarify that medicine – despite the fantasies of common sense – is not an exact science. Some epistemologists have already classified it only as an “operative science”. And although medicine has unifying techno-scientific criteria, such as scientific research, randomized clinical trials researched in double or triple-blind (when neither the researchers nor the patients know whether they are taking the real medicine or the placebo), epidemiological studies cohort, community and transversal, it is necessary to emphasize that it still does not have the idealized uniformity, nor is it completely homogeneous in its procedures.

This is particularly evident when drugs go down to the empirical field, that is, they will be tested in large populations: it is there that side effects, paradoxical and others, the unusual, appear and are registered in publications validated by peer review. As the authors Goodmann and Gilmann wrote with rare honesty in their monumental work “The pharmacological bases of therapeutics” it is only at the moment that the drugs will be used by the general public that we will know if they really work well. Experimental tests on guinea pigs and humans are important preambles, yet preambles.

When the therapy goes down to operation, the truth is that the medical art varies from doctor to doctor, because it is an application that also involves and mainly the subjective perception of clinical evolution, the so-called “clinical eye”, where only the statistics and “tested medicine” may not be enough to make a decision. And the decision needs to be made especially in severe and acute conditions such as an epidemic that has high contagiousness due to viral mutation. Mutation that makes us temporarily unprotected to respond to aggression appropriately. This implies weak immune responses where the allergy-inflammatory process often wins out. The proper immune response will come with time and once again we will survive until the next outbreak of some new smart virus. That is why it is so important to pay close attention to those who have healed spontaneously.

Iatrophilosophy, or medical philosophy, contains many trends and points of view and this should not be taken as discredit. Science has always walked through constant refutations and rectifications. This is a correct pattern of research, when we often encounter the counterintuitive, the unexpected, and even the surprising in the trial and error technique. Yes, it is also a technique.

Numerous medicinal properties and effects of well-known drugs were discovered empirically, that is, when they started to be used in large populations. And it is necessary to emphasize that many clinical disasters also resulted from this same practical empiricism, such as the use of thalidomide and more recently the anti-inflammatory brand “Viox”.

The answer to the dilemma is that nothing can be ruled out and that scientific research needs to be uninterrupted.

Surgery, from time to time, research and freelance researchers like the Nobel Prize for Medicine Luc Montagnier (virologist who discovered the AIDS virus) and Jacques Benveniste

(immunopathologist and french allergist who formulated the “memory of water” theory) touched on hypotheses that help to validate the premises defended by Hahnemann, not only as a practice that produces important clinical results and with the potential to act in primary care, but as a rationale, which makes a lot of sense for today’s scientific epistemology.
https://brasil.estadao.com.br/blogs/conto-de-noticia/crise-sanitaria-e-a-atualidade-de-samuel-hahnemann/ 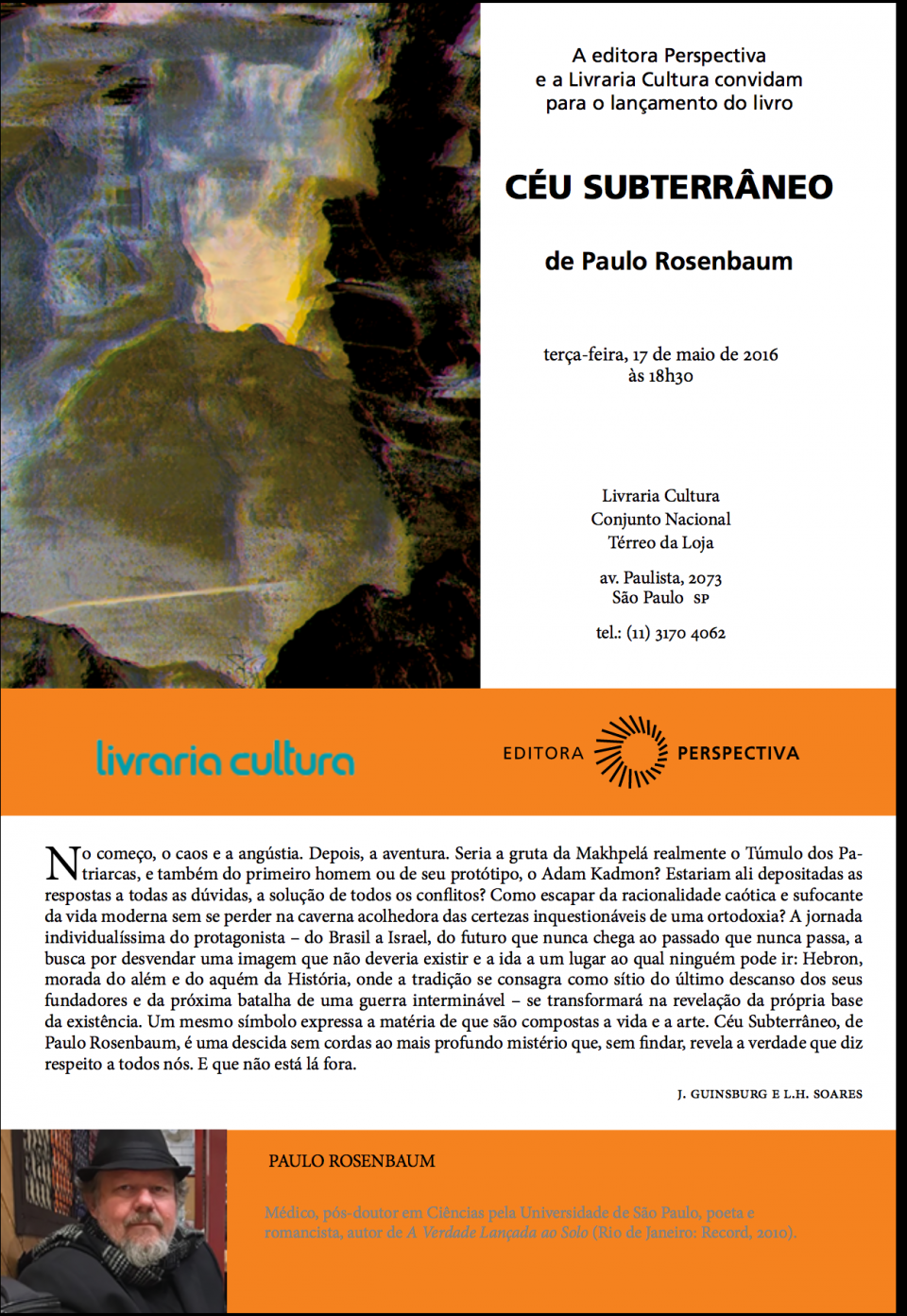