(Peace is the refusal of barbarism)

No, we haven’t been begging.

We’re on our knees, but not for you.

From now on we chose who would force us into relegation.

We are not begging. Know why?

Inside us, there was something remarkable, an indefinable awareness.

More than that, a sharp and disparate spark.

I don’t even know if we should share it with you.

But you can visit it whenever you remember the keyword.

Keyword that never got to inhabit your mouth.

We will never beg.

Because we have an impulse that takes us far beyond reason.

We confuse ourselves with expressions that your eyes cannot access.

And for that, but not only for that, we put ourselves in front of your armored vehicles.

We face your bullets, artillery, mortars and crossfire.

There is an honor, elusive for you

Inconceivable to those around you.

She stands in stark contrast to hubris.

And if we return to life, we will dwell in it.

In ruins and minefields.

Eight decades ago we were buried with the rubbish of history

Submerged in the waste that Europe blew us away.

However, as the subterranean patience of the cicadas

We will reappear from time to time, like ghosts without gags.

Not to haunt you.

But to make an anthem sound

Whose frequency you do not reach.

we are not begging

Unlike your hosts, not even revenge attracts us.

There are those who reaffirm the educational power of wars

Or the importance of prudent neutrality.

We? We have already overcome this illusion.

Our union is not for the geopolitical homeland.

It was not organized by collusion, agreements or concessions.

Turns out there is one.

Only a praiseworthy fanaticism: that which you do not conceive.

The one that brings you vertigo, insomnia and madness.

A word that shifts the axes of constancy

That overcomes the tomorrows of old mistakes.

Such a word is spelled in the air, scratched on the slopes

Grooved in the woods, floating in the resin of the tides

Her fanatics do not fear blackmail.

We knew how to circumvent the perversions of language.

We have overcome your threats to erase us from the world.

We fully understand who your allies are.

Those who benefit from Western autonomy.

Our vision is permeated with this atmosphere.

We are fast and diaphanous

Your missiles will not pursue us.

Miraculously pass through us

Since we once became vapor.

We are the residual smoke of those who lost.

There is nothing to beg.

We are ethereal, weightless and permanent.

Does our ubiquity bother you?

If you call on us, you won’t know where we are

Will we be in the whirlpool that spins you?

Are we still invisible to your binoculars?

We will certainly notice the active executioners.

And we discern the anti-value of each.

we will not bend

We know that history abruptly awakens from lethargy.

We sense the anesthesia of those who should break neutrality.

Fade hypnosis in favor of humanity.

We conquered the malice of the resistance

Inside the armored basements with courage.

Inside the epiphany: self-defense is so sacred

Many out there don’t understand what this is about.

Will never penetrate the meaning

The West’s bewilderment is the very curtain of shame

It is the temporary smoke of the rogue.

From the rain of lies that bury the civilians

As they let the ivory run

we will never beg

We will leave at the right time to burst over and beyond your detours.

From now on, no path will be safe.

Another type of refinement will appear on our radar.

It captures ignominies, registers the camouflaged inertia of collaborationist pacifism

Records the noise of cluster bombs.

Ah, you want to know which side we’re on?

Of those who never moved a millimeter from the trenches

It’s a side battle

Of the primitive against the subtle, of tyranny against justice.

From slavery to the emancipation of autocrats

Yes, it’s our duty to point fingers at criminals

Even those protected by insignia, badges and titles.

Even those we’ll never see the dark faces

There is a hidden quality in obstinacy,

She reveals herself in the determination

If necessary, against consensus,

If necessary, against common sense

Now that your pumps subtract the oxygen

Under the melancholy gaze of the common people’s exodus

Under the immoral silence of the allies

Now that the never fell apart in surprise

This missive was intended for frightened diplomats,

Now I address myself directly to the misery that is your conscience.

Peace is a quality that can only be consolidated under heat.

It is only forged in the pressure of the challenge

It is only possible under the decency of the union.

Peace is the refusal of barbarism.

The unforgivable perplexity of the West (Peace is the refusal of barbarism) No, we do not 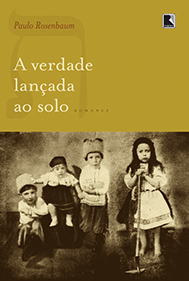